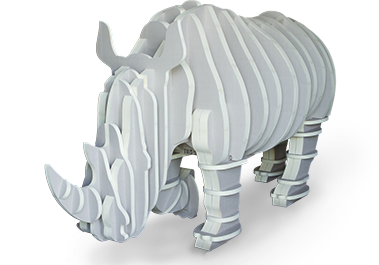 Polyiso = Energy Aware
Because of its high thermal performance, polyiso is the product of choice for energy-aware building owners, installers and architects. Polyiso is one of the most cost-effective and energy efficient insulation products. The U.S. Environmental Protection Agency has recognized polyiso for its responsible, minimal impact on the environment.

As a leader in the building products industry, Atlas is committed not only to compliance with the law relating to the environment, but also to the integration of sound environmental practices in its business decisions. The following environmental principles provide guidance to Atlas Roofing Corporation personnel in the conduct of their daily business practices:

The ASHRAE (The American Society of Heating, Refrigerating and Air-Conditioning Engineers) code has multiple compliance paths – from the simple, prescriptive compliance approach (checklist) to complex building energy simulations (performance-based compliance). When the prescriptive levels change (efficiency levels are increased), a new bar is also established for those seeking to use the more complicated energy simulation tools. The changes are climate zone and building type specific.

ASHRAE 90.1 – 2004
Many states still recognize and use ASHRAE Standard 90.1-2004 which has been the energy code referenced in the International Building Code (IBC) and the International Energy Conservation Code (IECC). As such, this standard defines code minimums for the classes of constructions covered.

ASHRAE 90.1 – 2007
In 2007, for the first time in over 19 years, ASHRAE increased the minimum required prescriptive R-value (resistance to heat flow) for roof and wall insulation levels in Standard 90.1– the national model energy code for commercial buildings. The above-deck roof insulation requirements, previously at R-15, increased by 33% to R-20 in every climate zone in the U.S. Similar increases were approved for walls. The increased roof and wall insulation values apply to all commercial and high-rise residential buildings covered by Standard 90.1. These changes now become a part of the newest edition of the Standard — 90.1-2007. The International Energy Conservation Code (IECC) is being adopted rapidly by state and local code jurisdictions across the United States. The IECC incorporates the ASHRAE 90.1-2007 standard, offering both prescriptive and performance-based approaches.

ASHRAE 90.1 – 2010
The next standard of code compliance will be ASHRAE 90.1 – 2010. The requirements for commercial roofs with polyiso insulation are expected to range from R-20 in the southeast to R-35 in the far north. ASHRAE has set aggressive goals for improved energy conservation in the nation’s energy performance standard for commercial buildings – targeting a 30% improvement in efficiency for the 2010 version of the standard.

To achieve a specific level of efficiency, building codes require a structure to meet certain R-values. This minimum R-value differs depending on the region’s climate zone, and can vary to meet specific state and local building codes.

The chart below provides minimum R-value requirements for commercial buildings, residential buildings higher than three stories, and semi-conditioned buildings like warehouses for each ASHRAE zone.

Roofs with Insulation Entirely Above Deck

Their creation and continued development of the Leadership in Energy & Environmental Design (LEED) Green Building Rating System™ has become an industry standard for educating and offering accreditation for Green Building projects across North America.